Axis deer are native to India and are identified by an orange coat with white spots. Only mature males have antlers with an average of 6 points per antler and weigh anywhere from 150 to 200 pounds. Mature females’ weight can range from 90 to 150 pounds and have white patches on their throat (similar to that of males). The Axis deer have very similar characteristics to that of the white-tailed deer.

The large ecological threat posed by the axis deer is the fact that they occupy and thrive on the same habitat as white-tailed deer. This puts the two species in direct competition. They are more resilient to native diseases allowing them to live longer than their close counterparts. Their most active times are at dusk or dawn.  However they can be found in open fields during the warm parts of the day, grazing on grass and sedges.

Hogs were introduced to Texas over 300 years ago by explorers. They have a very similar appearance to a domestic hog but are much more muscular. A mature hog can weigh between 100 and 400 pounds and has the potential to reach 36 inches in height.

They have four sharp tusks that grow from the top and bottom of their snouts. Although their eyesight is quite limited, they have a heightened sense of hearing and smell.

Feral hogs can be found throughout most of Texas but predominantly in East, South and Central Texas. Presently there are over 1.5 million feral hogs in Texas which will continue to increase. Hog hunting in Texas is encouraged as these creatures cause major damage to farmers and landowners and disrupt other animals’ habitats.

Due to their muscular physique, feral hogs’ meat has a juicy quality to it and taste like a cross between pork and beef. Although these hogs produce tasty meat, it’s important to note that there are two different diseases that could potentially be transmitted. Pseudorabies which is not threatening to humans but could be fatal to domestic livestock as well as pets. Swine Brucellosis which is an infectious, bacterial, reproductive disease that can be transmitted to humans. This can occur if the meat is contaminated and improperly cooked.

In humans the disease can affect almost any part of the body including your reproductive system, liver, heart and nervous system. In order to avoid infection of this disease, hunters are encouraged to wear rubber gloves when field dressing or cleaning feral hog and ensure the meat is cooked thoroughly.

Mink are small, semi aquatic, carnivorous animals that feed on rodents, fish and birds. They have long, thin bodies, claws, pointed snouts and can weigh between 25 to 56 ounces. Minks are found near bodies of water that have trees nearby and live in small dens. They are most active during dawn or dusk. Mink pelts are seen as one of America’s most luxurious. They are desirable fur due to the texture, durability and practicality.

The red fox was imported to provide sport and training for fox-hounds. The highest population can be found in North-central Texas with other high populations in eastern and Trans-Pecos area. They live in forested areas typically underground in dens. Fox fur is sought-after due to the long, soft strands as well as the beautiful colour.

The beaver pelt is another favourable fur due to its durability and affordability. The beaver is a large, semiaquatic rodent and can be found close to bodies of water. They build their dams and lodges in rivers and streams. 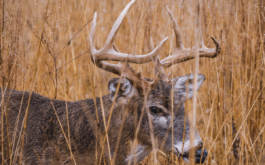 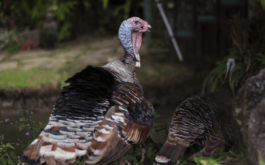